Warning: in_array() expects parameter 2 to be array, bool given in /home/customer/www/honkytonkbbq.com/public_html/wp-content/plugins/eventON/includes/calendar/class-calendar-event-structure.php on line 61 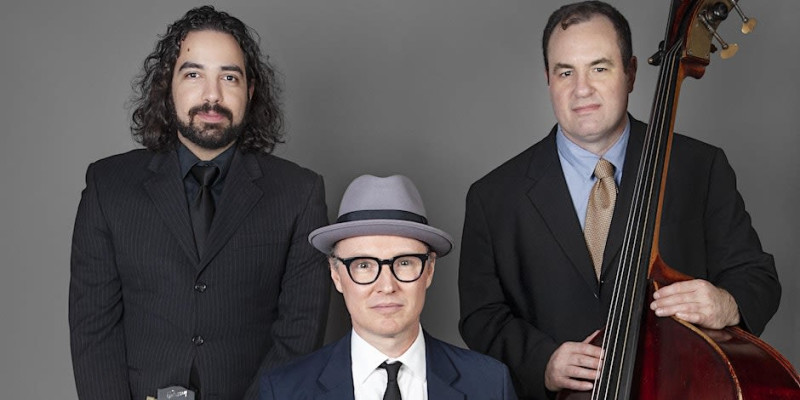 The Tom Lowery Trio is based in Chicago, playing jazz classics and standards from the Great American Songbook. While rooted in jazz, the trio incorporates tastes of funk, Latin, and rock

The Tom Lowery Trio is based in Chicago, playing jazz classics and standards from the Great American Songbook. While rooted in jazz, the trio incorporates tastes of funk, Latin, and rock into some of their tunes. The Tom Lowery Trio has traveled the Chicagoland area playing events, restaurants, stages, and festivals including the Merchant Street Music Festival in Kankakee, Illinois, and a monthly residency with Sauce and Bread Kitchen located in Chicago.

Michael Crane: Crane started playing bass professionally at the age of 19 out of his hometown of Iowa City, IA. Crane has studied with Homer Mensch, Diana Gannett, and Dennis Carroll. He has extensively performed throughout the years in Chicago on both upright and electric bass in a variety of genres and musical settings.

Steve Kaiser: Kaiser is a guitarist, composer, and educator based in Chicago, IL. Involved in the city’s vibrant jazz, experimental, and improvised scenes, Kaiser has performed with artists such as Vincent Davis, Javier Red, Isaiah Spencer, Scott Angst, and Tim Daisy, among others. Since 2013, Kaiser has been an instructor of guitar, bass, banjo, mandolin, ukulele, and piano at The Music Room in Palatine, IL. He holds an M.A. in guitar performance and a B.M. in jazz studies from Eastern Illinois University, where he studied with Scott Hesse.

Tom Lowery: Born and raised in Wichert, Illinois, a dried-up country narrow, Lowery could see the light haze of Chicago like music calling in the air. Eventually moving and entering Chicago’s vibrant music scene, Lowery has since played music throughout the Midwest, Southwest, and Bay area.

Music has forever been a staple in Lowery’s life; listening and dancing along to his mother’s records, getting his first record as a child, and at the age of 16 inquiring at a record store about purchasing his first jazz album, Miles Davis’ Kind of Blue.

Drums seem to have naturally selected Lowery, why, well that is where the magic of mystery begins.