Every last Wednesday of the month join us at Honky Tonk for The Funky Tonk with DJ Oliver Fade and special guests. 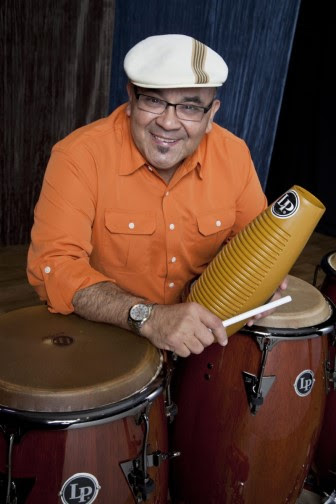 Rubén P. Alvarez is a Chicago based Latin percussionist, drum set artist, composer, and music educator. He is a 13th annual Latin Grammy nominee for his work on the Chuchito Valdés CD, “Made in Chicago”. His credits also include musical theatre as a percussionist and musical consultant for the Goodman Theatre Production, Crowns, and has performed as a percussionist for the Broadway Chicago productions of The Lion King, and On your Feet. He has performed and or recorded with blues artists John Mayall and Junior Wells, rock artists Dave Mason and Dennis De Young, and jazz artists Arturo Sandoval, Ramsey Lewis, Patricia Barber, Dave Valentín, Slide Hampton, and Roy Hargrove, the Chicago-based 2010 Grammy and Latin Grammy nominees Sones De Mexico Ensemble, pop-diva Jennifer Hudson and the “Queen of Soul” Aretha Franklin. Rubén is a member of Chévere De Chicago and leads the Raices Profundas s Latin Jazz Ensemble. 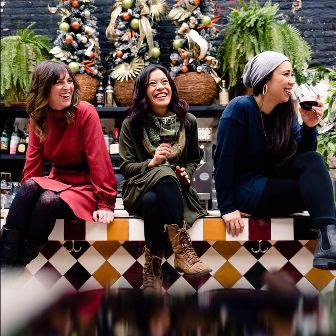 ‘The Oh Yeahs,’ is an acoustic group featuring three of Chicago’s top vocalists and multi-instrumentalists: Leslie Beukelman, Allison Orobia, and Sarah Marie Young. Each of these women has a diverse musical background, but they all have one thing in common: they love to make music and sing together, and it shows. ‘The Oh Yeahs’ sing and play a collection of music including original compositions, current pop hits, showcasing their signature sound of folky three-part harmonies, and classics by artists such as Johnny Cash, the Beatles, and Crosby, Stills, and Nash! 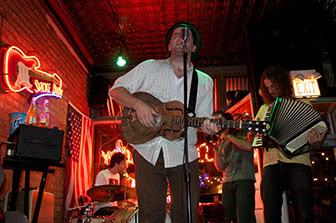 Woodrow Hart & the Haymaker like to kick around all the strange little corners of American music that have crept up throughout the last century. They like to soak up old rusty sounds & wring them out in new places. They play country songs & city songs; banjo stomps & accordion shakes; love croons & murder ballads – It usually depends on the weather. 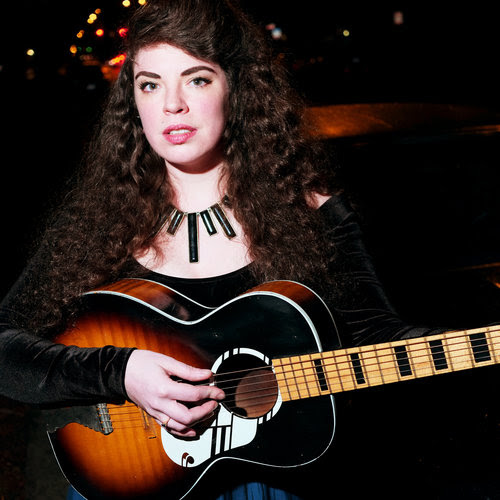 Chicago’s lead Rock N’ Souler – Bailey Dee found the rock and roll handbook and reads it right! Reminding many of Sister Rosetta Tharpe, with the sweetness of Lorrie Collins, and the ferocity of a young Etta James. A full band backs her featuring members of legendary R&B Chicagoan Andre Williams band and ex-Million Dollar Quartet.

Screaming on a rocker in a way that would make Jay Hawkins proud, or coaxing tears from jaded audiences with a pining ballad, Bailey Dee covers the spectrum with ease.

Her northern soul/r&b and pre 60’s rock repertoire is spot on, due to her extensive collection of vinyl which she DJs at legendary whiskey purveyor Delilahs every second Tuesday of the Month.

Come see what the fuss is about with this THREE TIME AMERIPOLITAN NOMINEE and most recently the 2018 WINNER IN THE ROCKABILLY FEMALE CATEGORY!!– 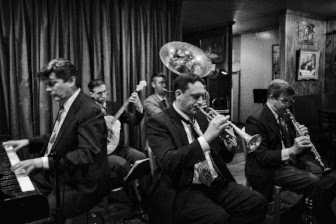 Join the Chicago Cellar Boys to ring in 2020 early with jazz from the 1920’s. NO Cover and make sure not to miss the balloon drop at midnight!

Formed in 2017, the Chicago Cellar Boys is a five-piece band specializing in the jazz and hot dance music of the 1920s and 30s. Comprised of multi-instrumentalist Andy Schumm, reedman John Otto, pianist and vocalist Paul Asaro, banjoist and guitarist John Donatowicz, and tubist and bassist Dave Bock. The band can be heard every Sunday at the Honky Tonk BBQ in Chicago’s Pilsen neighborhood. 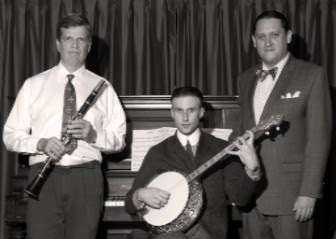 The group’s unique performances of early jazz classics and pop songs from the 1910s, ’20s and ‘30s are suitable for listening and dancing alike. Their style is characterized by a distinct, original approach to Chicago jazz and dance music traditions. 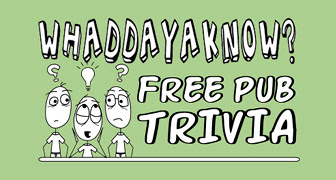 Whaddayaknow Free Team Trivia is the perfect activity for a night out with friends, both old and new, a date, or just as an excuse to get out to experience one of the many great restaurants or bars in the city and have some fun. It simply entails good food/drink/company, getting the brain juices flowing, an extremely fun, social atmosphere, and a chance to win fantastic prizes! Best of all – it’s always free to play. Come on out and join us for a great time.

Los Gallos play a danceable blend of Norteno/Tex–Mex, Cumbia and Roots Rock with nods to Los Lobos, Texas Tornados, The Blazers and The Iguanas.  From diverse musical backgrounds and influences, Los Gallos came together over their shared love of Mexican music and American roots music…

This week John will be bringing an eclectic bunch.

Maria will be bringing her unique style of Blues to the Saloon Stage.

Miles will leave a lasting impression on you as he shows you his style of Chicago Blues. 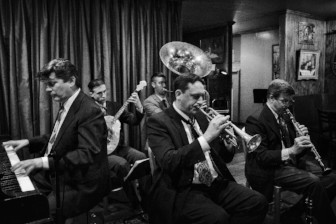 Formed in 2017, the Chicago Cellar Boys is a five-piece band specializing in the jazz and hot dance music of the 1920s and 30s. Comprised of multi-instrumentalist Andy Schumm, reedman John Otto, pianist and vocalist Paul Asaro, banjoist and guitarist John Donatowicz, and tubist and bassist Dave Bock, the band can be heard every Sunday from 8 to 11pm at the Honky Tonk BBQ in Chicago’s Pilsen neighborhood.